Professor of Practice Simon Wright to be part of the team delivering Canolfan Tir Glas, a major development for the University’s Lampeter Campus.

You are here:
News 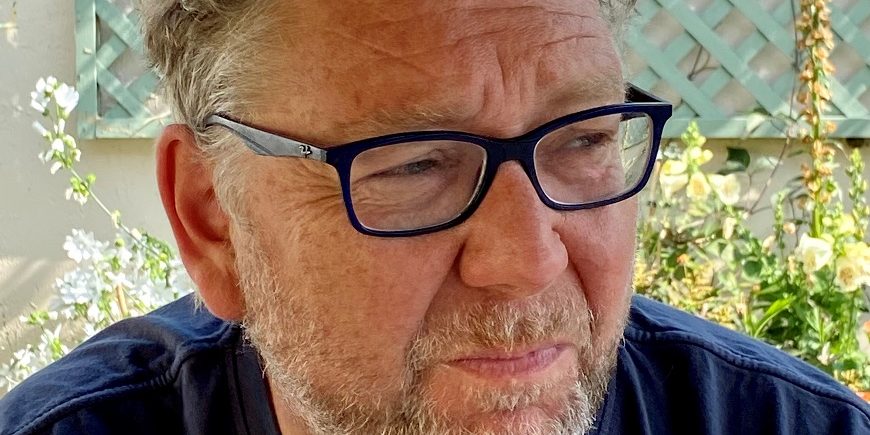 Simon Wright, restaurateur, broadcaster, food writer, and consultant has been appointed to the role of Professor of Practice by the University of Wales Trinity Saint David (UWTSD. Professor Simon Wright’s expertise will be pivotal in assisting the University to develop initiatives which aim to deliver economic, social and cultural growth linked to local food and hospitality, sustainability, agriculture and rural entrepreneurship.

Professor Wright is a renowned champion of Welsh food and drink produce, sustainable agriculture and the hospitality industry.  He has managed restaurants in Carmarthenshire for over 30 years and has developed a career as a broadcaster participating in a range of TV and radio programmes, including for the BBC and Channel 4.  He was the restaurant consultant for Ramsay’s Kitchen Nightmares in the UK and Europe for 10 years, as well as a restaurant inspector for the AA’s Restaurant Guide.  In 2010 he was named the Local Food Ambassador for Wales and was awarded the Wales True Taste Champion Award in the Welsh Government’s annual awards for his “dedication and devotion to Welsh food and drink”.

Simon has served on the Welsh Government Food and Farming Sector Panel and has been active for many years in contributing to food policy at all levels of government including the Food Strategy for Wales and the Food Tourism Action Plan. Most recently he has been working with Coleg Sir Gâr on designing further education courses based on sustainable and local food production and with Carmarthenshire County Council in radical efforts aimed at putting local food on the public plate.

He recently co-founded the Welsh Independent Restaurant Collective as a response to the challenges facing the sector from Covid-19. The collective now has more than 300 supporting businesses across Wales and is actively engaged with Welsh Government on strategies for the survival and recovery of the sector.

Simon Wright, who also has a background in Town and Country Planning, said on his appointment: “I’m pleased to have this opportunity to play a role in supporting the University’s ambitions for sustainable regeneration in West Wales based around the rural economy and particularly the food and hospitality industries. There has never been a more crucial and acute time for these issues to be addressed. My passion is local food and all that comes with it – community, landscape, agriculture – and I’m delighted to have this opportunity and to be able to play a part in shaping the future of food and farming in West Wales and further afield”.

Professor of Practice Simon Wright to be part of the team delivering Canolfan Tir Glas, a major development for the University’s Lampeter Campus. Its aim is to promote the local food industry, local sustainability, resilience, and enterprise within a rural context. Working closely with Ceredigion County Council and a range of local organisations, the initiative will strengthen the economic infrastructure of Lampeter and the surrounding area.

A core part of the scheme is the collaboration with food retailer Aldi to develop a food village on part of the University’s Pontfaen fields, as well as a food and hospitality training centre within the town. The development also includes the creation of a Rural Enterprise Hub and a University of Gastronomy on the University’s campus itself. Professor Wright will assist in the development of the Lampeter training restaurant as a commercial outlet for local and regional food and drink producers, assisting in the development of local food supply chains and primary and secondary food manufacturing in the region.

In addition, he will support research and enterprise, as well as curriculum development at all levels across the UWTSD Group, which includes Coleg Sir Gâr and Coleg Ceredigion as constituent colleges.